Greater Minds: Richard Feynman on the value of doubt 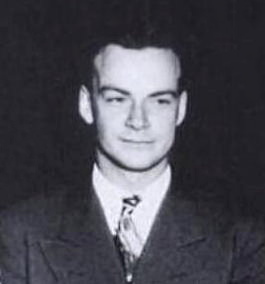 Richard Feynman is among the greatest physicists of the 20th century, so it’s refreshing that he gave a public address that reads like an ode to ignorance. Then again, Feynman wouldn’t have been Feynman if he was predictable. When he was working on the Manhattan Project, he liked to prank his colleagues by cracking the combinations of the safes where they kept their top secret documents and leaving notes for them.

Feynman first gave the address to the National Academy of Sciences in 1955, when he worked at Caltech, and it was subsequently published as The Value of Science.

A satisfactory philosophy of ignorance

Feynman’s point is not that ignorance is in itself a virtue, but that acknowledging it is fundamental to the scientific process. Feynman was addressing other scientists on the nature of science, but we don’t have to be professional scientists to find ‘great value of a satisfactory philosophy of ignorance’.

Before embarking on the research needed to learn something new, a scientist must first acknowledge what she doesn’t know. When we investigate that subject and the evidence appears to point in a particular direction, we must understand exactly how far the evidence supports the theory and where its limits are:

When a scientist doesn’t know the answer to a problem, he is ignorant.  When he has a hunch as to what the result is, he is uncertain.  And when he is pretty darn sure of what the result is going to be, he is in some doubt.

To a scientist, certainty is boring. Scientific research is, by definition, carried out on the frontier between what is known and what is not. When evidence crystallises a hypothesis into a fact, it ceases to be a subject for research and becomes part of the framework by which new findings will be understood. The scientific mind is excited by ignorance in the 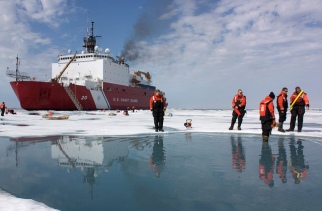 same way that an explorer might be excited by a blank space on a map. The unknown offers the prospect of discovery:

The same thrill, the same awe and mystery, come again and again when we look at any problem deeply enough.  With more knowledge comes deeper, more wonderful mystery, luring one on to penetrate deeper still.  Never concerned that the answer may prove disappointing, but with pleasure and confidence we turn over each new stone to find unimagined strangeness leading to more wonderful questions and mysteries – certainly a grand adventure!

Feynman may have been thinking of scientific research when he wrote that but again, we don’t need to be professional scientists to have the adventure of learning something new.

To use an everyday analogy, suppose I want to see what is on a shelf that is too high for me to see from the floor. I have a stool, but I am ignorant as to whether it is stable enough to be safe to stand on. I can’t see anything obviously wrong with it or, to use Feynman’s terms, I have a hunch that the stool is safe but I’m not going to trust life and limb to it while I’m still uncertain. So I test the stool. It doesn’t collapse when I sit on it, which is a good start. I place it on the floor and rock it to see how stable it is. It remains steady. Now I am pretty darn sure the stool is safe to stand on, but I’m still in some doubt until I try it so 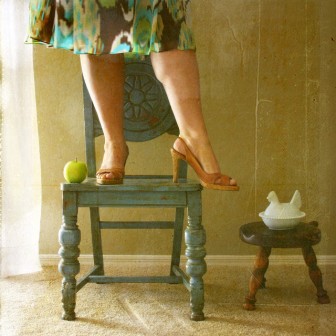 I’m going to be very cautious the first time I do it. Only when I am actually standing on the stool am I confident that it’s not going to dump me on the floor.

If I find that the stool has one leg longer than the others, I would have concluded that it is not safe and I would have to start again with another stool. In short, I have used the scientific process to see what is on a high shelf without breaking my leg.

As well as illustrating the process, my stool demonstrates that we don’t have to be professional scientists to embrace the scientific approach to ignorance. In fact, I have known a number of professional scientists to fall off stools and in one case, to test the stool carefully without considering the ceiling fan with consequences that were, in retrospect, entirely predictable.

The point is that the scientific approach is something we can all do, and indeed we often have to unless we wish to win a Darwin Award. It’s also worth stating that not every professional scientist successfully embraces the scientific mindset. As in any profession, there are those who resort to arguments from authority rather than evidence. Fortunately, the scientific process contains enough checks and balances to ensure that hypotheses 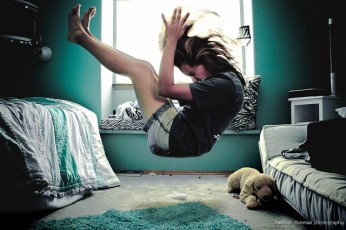 The scientist vs the demagogue

In a time when it’s impossible to turn on any news channel without hearing the term ‘post-truth’, Feynman’s philosophy of ignorance appears particularly relevant. Democracy is predicated on citizens voting on subjects that we possibly have a complete understanding of. We are frequently told what the likely outcomes of various issues will be by politicians who presume a certainty they cannot possibly hold, and who often confidently make assertions that fly in the face of all available evidence. In short, they are taking playing the demagogue which is diametrically opposite to the mindset of the scientist that Feynman described.

While the scientific mindset acknowledges ignorance, the demagogic mindset denies that any ignorance exists. To the demagogue, the scientist’s very acknowledgment that science falls short of omniscience is a weakness rather than a strength. I have pontificated in the past about my own arguments with people who insist that vaccines were either ineffective or dangerous; they did not appear to recognise that these are in fact two different claims. It is entirely possible for something to be effective and dangerous, or to be safe and ineffective, although neither is true of any licensed vaccine. 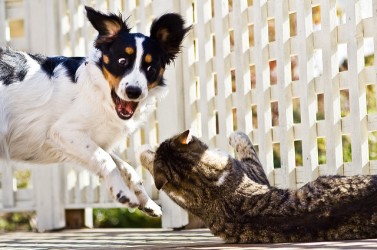 I came to realise that to the people who opposed me, science was not the adventure on the edge of ignorance that Feynman described, but a monolithic authority. By extension, any crack in that monolith threatened the integrity of the entire structure. Starting from that misconception, any acknowledgement of what is not known was not a strength but a weakness.

In fact, anyone with an internet connection can read and evaluate the source material that scientific conclusions are drawn from. Any and every scientific paper is summarised in an abstract that is freely available online, and most of the major journals have now published their entire abstract archive online. The whole paper is often available as well, although that is not always the case.

It took me some time to recognise that my antivaxer opponents were not being disingenuous. They genuinely believed that any small weakness in the case for vaccines invalidated any and every argument in the case, but at the same time they would make assertions of their own that were either irrelevant to the point at issue or unsupported. I came to see that they were not looking for answers to questions because they saw the very existence of questions as cracks in the monolith.

At the same time, they appeared unaware that by making unsupported assertions, they were claiming a much lower standard of evidence than I was. If I questioned their assertions, they moved on to another assertion rather than defending what they had already claimed. As the arguments progressed, I became increasingly aware that I was 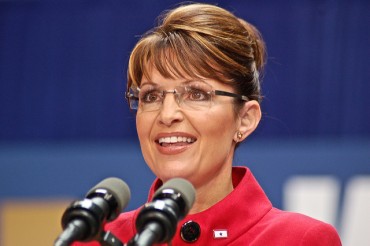 engaged in a clash of mindsets as much as of opinions. To the antivaxers, one individual who had received the measles vaccine but went on to develop measles proved beyond any doubt that the vaccine was ineffective. Coming from a scientific background myself, I was well aware of the limits of the vaccine: 5-10% of people who receive it are unprotected. That does not prove that the vaccine is ineffective because a 90-95% chance of being protected is considerably better than none at all.

The antivaxers were looking for absolute certainty, and had a tendency to mistake a lack of acknowledgement of limitations for certainty. Hence they would link to promotional materials for alternative medicine as irrefutable evidence while quoting the caveats in scientific papers as invalidating their findings entirely. In short, I was debating people who preferred the false certainty of the demagogue to the acknowledged ignorance of the scientist.

Amid all the recent talk of ‘post-truth politics’ and ‘social media echo chambers’, it’s worth bearing in mind that the unfounded confidence of the demagogue is far from a new phenomenon. Mathematician and philosopher Bertrand Russell wrote in his 1933 essay, The Triumph of Stupidity:

The fundamental cause of the trouble is that in the modern world the stupid are cocksure while the intelligent are full of doubt.

From today’s perspective, there is a certain irony that Russell’s essay opens by saying that ‘what has been happening in Germany is a matter of the gravest portent for the whole 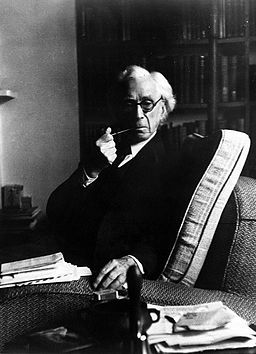 civilised world’ and concludes that ‘in America democracy still appears well established, and the men in power deal with what is amiss by constructive measures’. Sitting in the same country in which Russell wrote that essay, it now looks very much as if those countries have exchanged positions.

Russell’s famous quote begs the question of whether it is really fair to equate certainty with stupidity. The human mind is fundamentally a tool for making decisions, and a decision usually involves picking from a limited set of options. That is particularly true when we are presented with a ballot card. We do not set the terms of the debate and we cannot pick and choose from the positions of the different candidates or campaigns placed before us. Whether we embrace ignorance or reject it, we are still placed with the choice of which box to tick. Very few of us can accept the entirety of any one position, so we’re faced with the galling choice of casting the most bearable vote rather than voting for a position we actually support. Such is the nature of representative democracy.

Once we’ve cast our vote, however, it is worth bearing in mind that we are not committed to support every position a candidate voted for might take. In a democracy, there are mechanisms for challenging our representative. We can write to them, or we can join campaigns over specific issues. For example, I have pontificated in the past about UK Health Secretary Jeremy Hunt’s misrepresentation of epidemiological data to support reforms to the British National Health Service. Like a good demagogue, he stated the opposite of what the epidemiologists stated with absolute confidence. You don’t have to have voted against his party to recognise that he was – and still is – trying to pull a fast one and to challenge him on it.