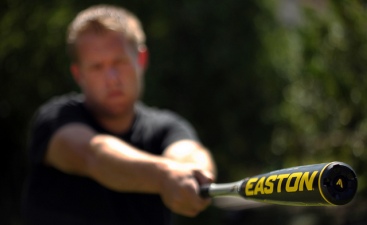 Carys was watching Peppa Pig with Jamie when they kicked the door down.

Adrenaline took over. She didn’t remember leaping to her feet, she didn’t remember scooping Jamie into her arms but she was already dashing for the stairs when the man with the baseball bat appeared in the living room doorway.

“Gimme the gear,” he yelled, which set Jamie bawling.

The bat filled Carys’s vision. The man behind it was a blur, shouting words that made no sense.

Someone else’s footsteps clumping up the stairs.

Somehow the remote control for the television was in her other hand. It felt better than facing him empty handed. “Get out of my house!”

“I want the gear.” The man smacked the bat into his palm. “And the cash…are you trying to put me on standby?”

“What gear?” Carys had to shout back over Jamie’s howling. “What are you on about?”

Something in his voice sounded less certain. Carys pulled her gaze off the bat to take a proper look at the man behind. Her gaze panned down from his greasy hair to his denim jacket. She felt a sudden urge to tell him he should keep shaving until he was old enough to carry off the stubbled look, but kept the thought to herself. Whatever he was here for, it wasn’t grooming tips.

A voice shouted from upstairs. “Get her to tell us where the cash is. There’s nothing up here but a bunch of Barry Manilow on vinyl.”

The man-boy with the baseball bat frowned. “Are you some sort of hipster?”

“You sure about this, Wayne?” It was the voice from upstairs. “This don’t look right.”

“Don’t use my name, you moron,” said the man-boy. “And look harder. I know this is the place. Eight Byron Avenue. My man knows his stuff.”

“Byron Avenue?” Carys raised her voice enough to be heard upstairs. “This is Eight Byron Close, not Byron Avenue.”

“You what?” came the voice from upstairs. “Hang on, I’m checking on my phone.”

The man-boy called Wayne’s frown was deepening. The bat was now hanging from his hand instead of brandished for a swing, which Carys took as a good sign.

The footsteps thudded back down the stairs. Wayne turned and followed them to the door. Carys followed them. She very much wanted to see them leave the house.

She watched Wayne follow two other denim jackets out of the door. He turned on the threshold and dug in his pocket.

“Here’s fifty quid for the door,” he said.