Home › Uncategorized › The Man in the Uniform

The Man in the Uniform 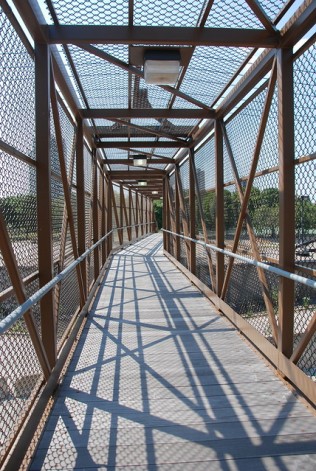 The man in the uniform was tired. He’d started his shift with the words, “may I see your papers, please”, and been repeating the sentiment ever since. After two hours, it had become, “show me your papers”. Now he grunted, “papers” before he even looked at whoever he was grunting it to.

It was a family. A father, mother and two children stood closer together than they needed to, even in the tiny room of the building that had been thrown up on the same night that a river became a border and a bridge became a checkpoint.

The father stepped away from his family and toward the man in the uniform of the country he wished to enter, two passports held in front of him as though they were still the talismans that they had been when everyone took them for granted.

The man in the uniform flipped them open to the back pages. The father’s photo sported a beard, sculpted to show he had a couple of hours a week to spend on grooming. He still had a beard, but now it was uneven. It looked as though someone, probably his wife, had given it an inexpert trim with a pair of scissors so it didn’t look too wild.

The mother’s photo showed her hair cut with bangs in front and cascading over her shoulders. Now she had it corralled under a headscarf. Both their faces had gained more lines than the few years since the passport photos were taken should have accounted for, but then the man in the uniform had gained a few dozen of his own in the last few years.

And probably a couple more since the beginning of this shift.

He glanced at the children’s names.

“Twelve and fourteen.” The father tried a smile behind his beard. “I know, my daughter’s old enough to have her own passport, but…”

The father shrugged. It had been some time since anyone had been issuing passports where he came from.

“She got any papers? Of her own?” asked the man in the uniform.

The man in the uniform looked down at the passports.

“I was hoping we could, I mean she could, uh, seek asylum.” The father sounded like he hardly dared utter the sacred word, ‘asylum’.

“Have to be in a country before you can seek asylum there,” said the man in the uniform.

“I know.” The father’s eyes drifted to the window behind the man in the uniform, to the bridge that remained the territory of the country in which his daughter could apply for asylum.

The mother stepped forward, placing herself in front of the children but behind the father’s shoulder. “Excuse me, sir, but your accent… are you from the same place as us?”

The man in the uniform looked up from the passports. He didn’t want to remember standing where these people were standing. Cringing like this mother was cringing at him while his life teetered on the decision of a man in the uniform he now wore himself.

“Nope.” The man in the uniform cut her off.

He probably did know the same places she did. He’d probably seen them for the last time when he decided his best chance was to flee the places where people shared his accent.

“I guess you were smarter than us,” said the mother. “You saw what was coming. Got out while you could.”

“I guess.” The man in the uniform looked at the father’s hands. He wondered what those hands had done or not done. Had the father been one of the people he’d fled from, who was now fleeing himself because he’d found himself on the wrong side of the latest factional squabble? Or had the father simply kept his head down, ignoring what was happening around him as long as it was happening to someone else, only to be forced into action when something happened that refused to ignore him?

“Please sir,” said the father, “whatever happened, it wasn’t our kids’ fault.

“No it wasn’t.” The man in the uniform closed the passports and handed them back. “But your daughter needs her own passport.”

He looked at his desk until they had shuffled out of the building, back into the country they had tried to leave.

The sound of more footsteps replaced them. Sounded like there were five of them this time. The man in the uniform would have to look up and see them in a moment, but he would delay the moment for as long as he could.