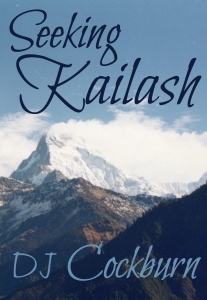 Some years ago, I was driving around Mindanao, buying fish from markets and collecting blood samples from them. Suffice it to say that it was all for science. If I convinced the dozens of people who crowded round to watch me take blood out of a fish that foreigners are even more crazy than they had previously thought, it was entirely unintentional.

One of my lasting impressions of that escapade was of how lost I would have been without my colleagues in the Philippines Bureau of Fisheries and Aquatic Resources. When the initial study site proved unsuitable, they suggested an alternative and how to relocate the study there. When I needed samples from locations that met certain criteria, they named the locations. When I needed to get there, they arranged the transport through routes that avoided areas occupied by insurgents. Without their help, I would never have been able to complete the study I was doing within the limited time and budget I had available.

Around the idea the story was germinating, I saw the film Himalaya, and the sweeping vistas of the place reminded me of my own visit to the Annapurna region some time before that. I had a theme and I had a location. For once, the rest followed fairly easily.

Seeking Kailash was published in Stupefying Stories #1:4, December 2012. It is now available as part of the Steel in the Morning collection, and as a standalone Kindle edition.